May 3, 2017
USDA to Allow Importation of Argentine Lemons
By Chris Campbell 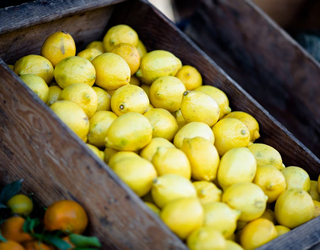 Argentine lemon growers can finally release a sigh of relief: USDA will not again extend the stay of an interim rule regarding the importation of such products into the U.S., allowing the rule to take effect May 26.

It's been a long battle for the citrus fruit. On Dec. 23, 2016, USDA's Animal and Plant and Health Inspection Service (APHIS) published a final rule amending the fruits and vegetables regulations to allow the importation of lemons from northwest Argentina into the continental U.S. under conditions designed to safeguard American agricultural production. After the Trump Administration took office, it twice delayed the implementation of the rule. It was first delayed for 60 days Jan. 25, and again delayed 60 days March 17.

Under the interim rule, USDA will work with Argentina’s National Food Safety and Quality Service (SENASA) to finalize the operational work plan described in the final regulation. For 2017 and 2018, Argentine lemons would be imported only into the northeastern U.S. Numerous requirements must first be met before the lemons can enter the country. The requirements are in keeping with sound science, according to APHIS.

However, the U.S. citrus industry is less than pleased with the result. Both the U.S. Citrus Science Council and California Citrus Mutual had some strong words for the new administration. (Editor's note: The following quotes were provided from an article published in The Packer.)

Richard Pidduck of the U.S. Citrus Science Council: “It is evident that the California citrus industry is the pawn in a greater trade deal between the Trump administration and Argentina... The announcement by APHIS comes only days after President Trump’s meeting with Argentinian president Mauricio Macri and preempts scheduled meetings between U.S. citrus representatives and senior officials at APHIS and the U.S Trade Representative this week."

Joel Nelsen of California Citrus Mutual: "[Allowing the importation of Argentinian lemons is a] complete departure by the administration from its self-proclaimed stance against trade policies that place American businesses at a disadvantage... It appears that to President Trump’s Administration, the prosperity of the California citrus industry, which is one of the only fresh citrus industries in the world to have not been ravished by the devastating Huanglongbing disease, is not ‘critical to America’s national security, stability, and prosperity.’”

However, not all members of the U.S. citrus industry were so harsh with the rule. Mayda Sotomayor-Kirk of Seald Sweet International noted:

“I don’t think Argentina’s (growers and exporters) will open the floodgates to the U.S. I think they are going to be extremely careful and abide by all the rules and they are going to show U.S. consumers, retailers and even the California producers that they do have the ability to come into this country and will do it with the correct science."

USDA projects Argentina could export anywhere between 825,000 to 1.1 million 40-lb. cartons of fresh lemons to the U.S. annually, representing about 4% of the average total U.S. lemon production between 2008 and 2014. Exports are expected between April 1 and Aug. 31, and could result in a lemon price reduction of about 4%.